Snap! Level 2 builds on level 1 by enabling students to change the speed of the robot, select their own colors, and play different notes. 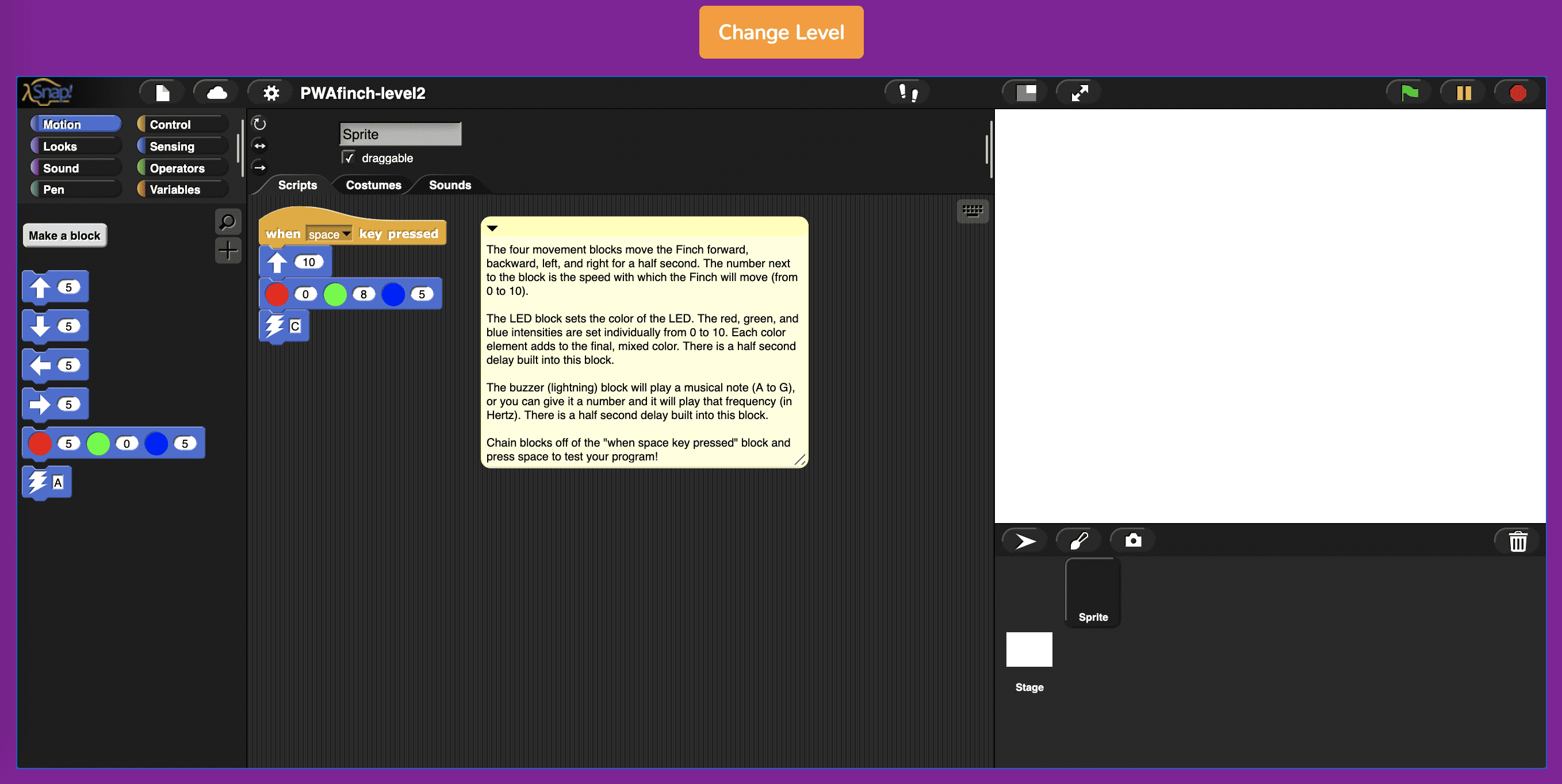 The blocks in level 2 include parameters. A parameter is a number that determines what the block will do. 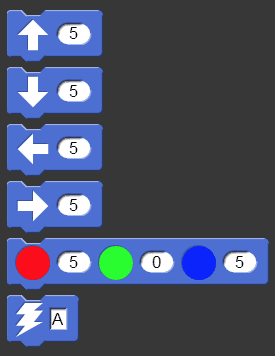 Each of the four movement blocks includes a parameter that determines the speed of the robot. The speed parameter is set to 5 by default and can range from 0 to 10. Higher values result in faster speeds. Each block makes the robot move for half a second and then stop.

The block with colored circles sets the color of the Finch’s beak. The red, green, and blue intensities are set individually, from 0 to 10. There is half second wait built into this block so that you can place different color blocks after one another.

The buzzer (lightning) block will play a note from A to G, or a numeric frequency in Hertz. The sound will play for half a second.

At level 2, you can give students a simple challenge, such as writing a program that includes five movements, four colors, and three sounds. Allow students to demonstrate their programs for each other so that they can see how different programs result in different robot behaviors. Snap! Level 2 can be used with activities aligned with various math standards. Examples include Measurement Challenge and Repeating Blocks with Finch.