Learn how to use the joystick to control your Hummingbird.

Any language supported by Hummingbird Duo

Sensors enable you to create a robot that interacts with people or its environment. You can make robots that respond to light, sound, etc. To expand your creative options even further, there is now a joystick that you can use with the Hummingbird. You can use it to create your own games or control a robot!

Connecting to the Joystick 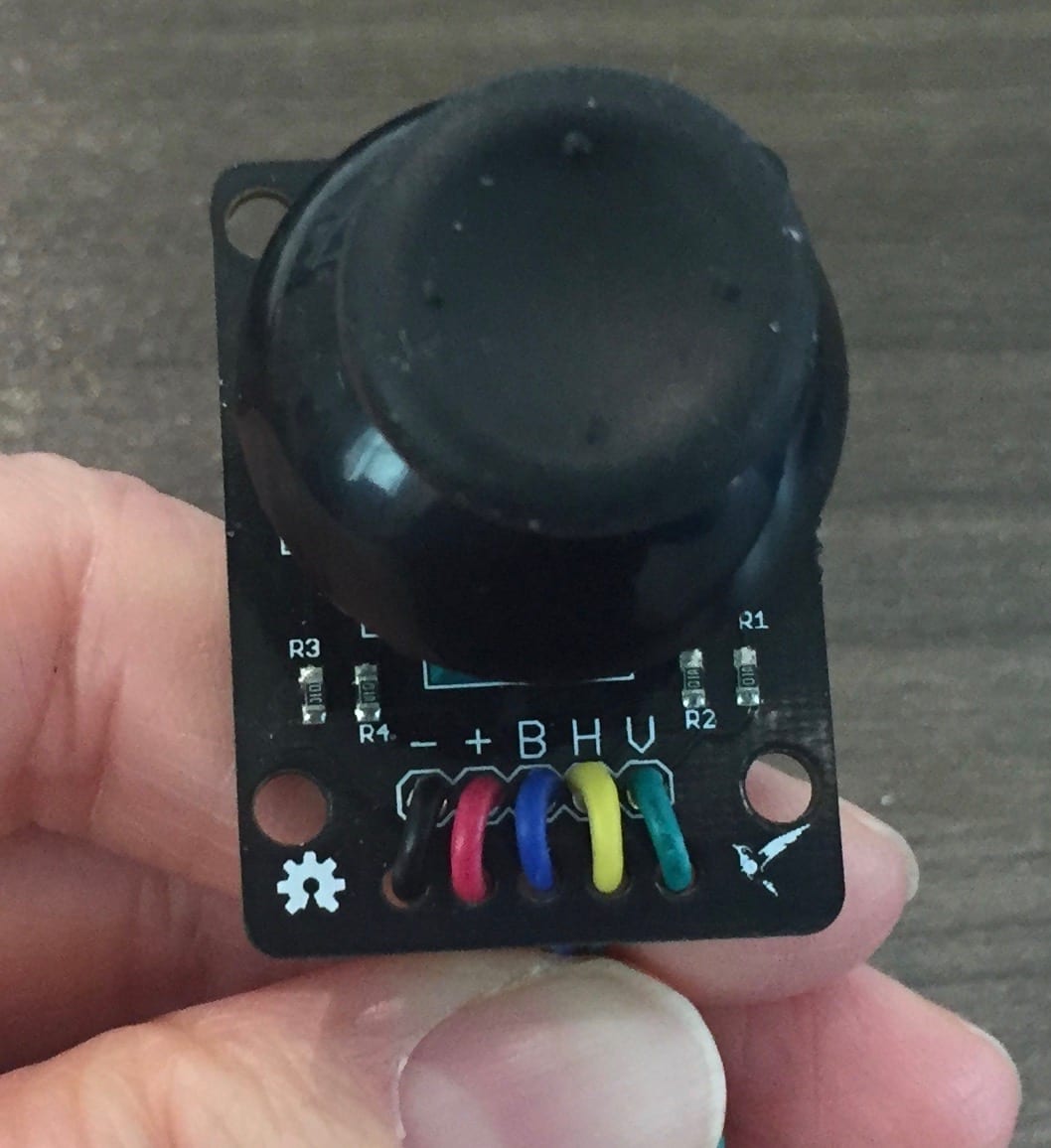 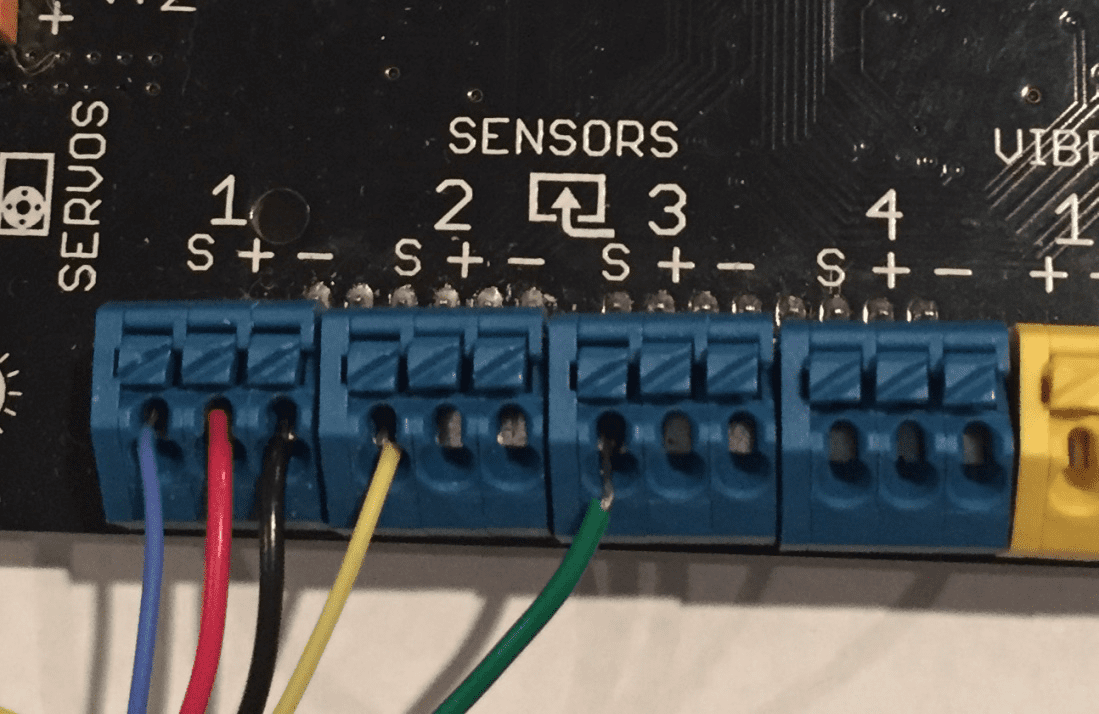 Controlling a Sprite in Scratch

To find the value of each of the joystick sensors in Scratch, you can use the HB voltage block at the bottom of the More Blocks menu. Remember to select the correct sensor port for the button, the horizontal sensor, or the vertical sensor. 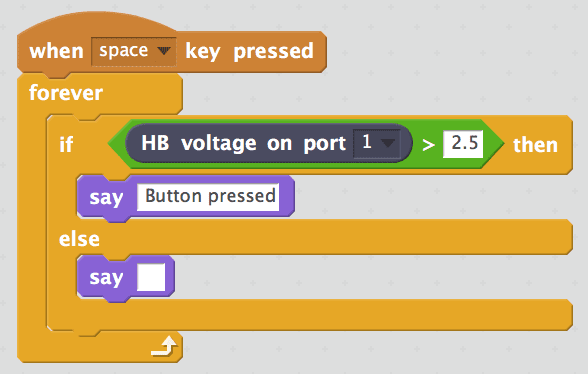 Next, we multiply the difference by 96 to convert the -2.5 to 2.5 range to -240 to 240. This scaled value can be used to control the x-position of the sprite. In this script, the scaled value is stored in the variable xposition.

Once you can use the joystick to control a sprite, you can create whatever game you want. One example is given in JoystickGame.sb2 (see Teacher Materials). In this game, the joystick controls an octopus sprite. The horizontal and vertical positions of the joystick control the position of the sprite on the screen, and the button makes the octopus shoot bubbles. The goal of the game is to score points by avoiding the shark and shooting it with bubbles. 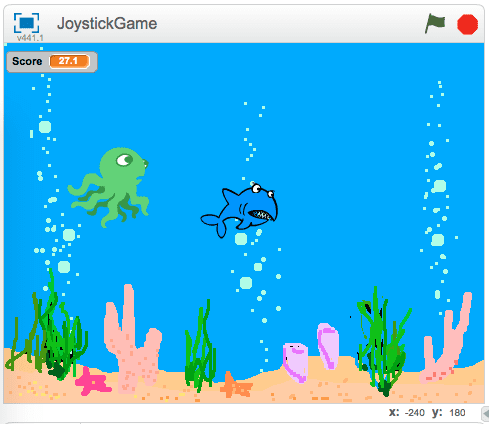 The joystick can also be used to control Hummingbird outputs, such as motors and LEDs. In this example, we chose to motorize an Etch-A-Sketch and control it with a joystick. Two motors were attached to the Hummingbird board. Each motor had a gear attached to it. These gears were couple to gears glued to the knobs on a small Etch-A-Sketch. If you want to try this, you can 3D print some gears using the 3D Printing and Hummingbird tutorial. 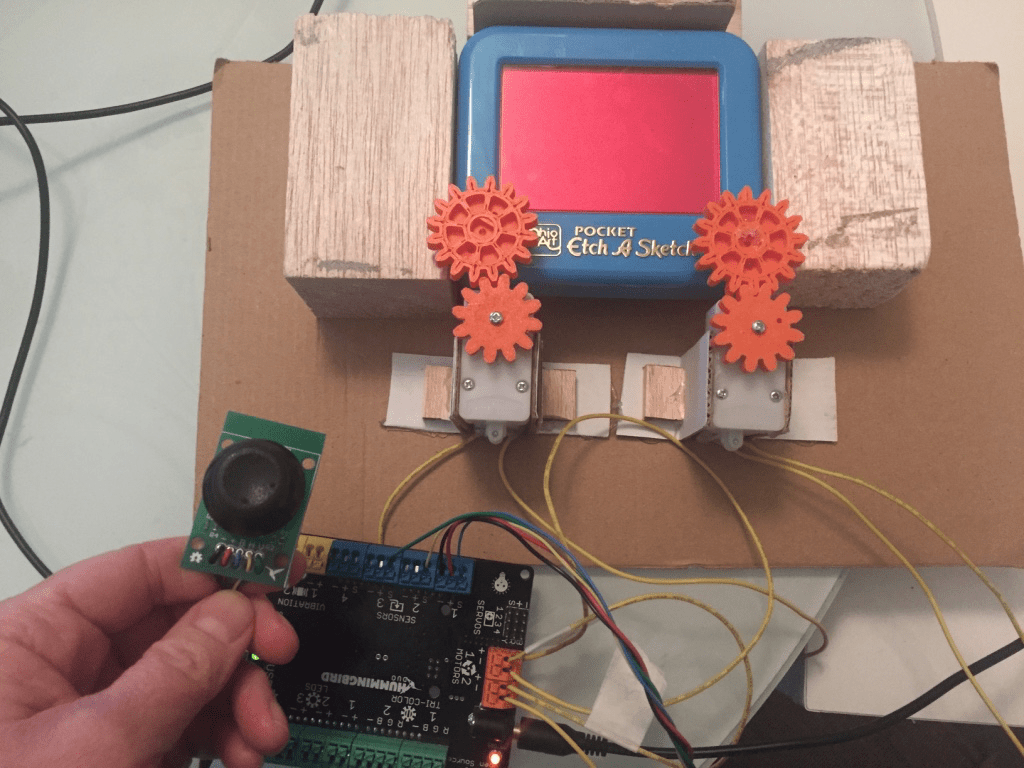 The joystick can also be used to control lights, sound, or servo motors. It can even be used with another sensor. We’d love to see what you try with it!