Through the Maze I

Create a maze for the Finch to navigate!

Start by setting up a simple maze (unless your teacher has already set up a maze). You can use cardboard boxes or other objects to set up the walls of the maze. This Finch is navigating a maze at Patrick F. Taylor Sci & Tech Academy in Avondale, LA (photo by Elizabeth Kahn, Library Media Specialist)! 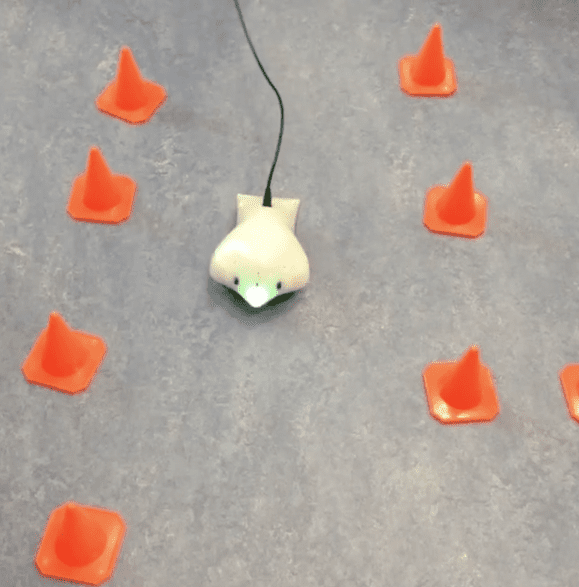 You can also create a maze using masking tape, as shown in this video from Jaymee Clemens at Crossroads Elementary in Mount Washington, KY.

First, write scripts that enable you to run the robot via remote control. For example, maybe you want the robot to move forward when you press the up arrow. Think about the questions below as you write your scripts:

When you complete your scripts, use them to guide the robot through the maze. Use a stopwatch to measure how long it takes for the robot to complete the maze. Write this number down, you will need it later.

Next, write a program that enables the robot to complete the maze autonomously. This means that the robot must move through the maze on its own. You may press a key to start the script, but after that, you may not use the keyboard or move the robot. Be sure to test your program often as you add blocks to it. Also, save your work frequently!

Compare these two ways of completing the maze. Which is faster, remote control or autonomy? Which would work better for a new maze?