The Koch fractal, also called the Koch snowflake, can be drawn with increasing levels of complexity. The level of complexity is called the order of the Koch fractal. A Koch fractal of order 0 is just a straight line with some length L . Starting from order 0, which we call the base case, we can build Koch fractals with larger orders. To create the order 1 fractal, we make four copies of the order 0 fractal; each copy has a length of L/3. We put them together so that the first and last copies lie along a straight line, while the two middle ones protrude from the line and make a 60° angle. We continue this process to make the order 2 fractal. We make four copies of the order 1 fractal where each copy is 1⁄3 the size of the original. Then we put these four copies together so that the two copies in the middle form a 60° angle. You can keep going in this way to make a fractal for any positive order n! As n approaches infinity, the length of the Koch fractal also approaches infinity because the length of each order of the fractal is 4/3 times the length of the previous order. As you zoom in on a portion of the Koch snowflake, it is self-similar, meaning that each smaller portion looks like the larger whole. The Koch snowflake is a fractal because a simple algorithm generates a complex, self-similar pattern. 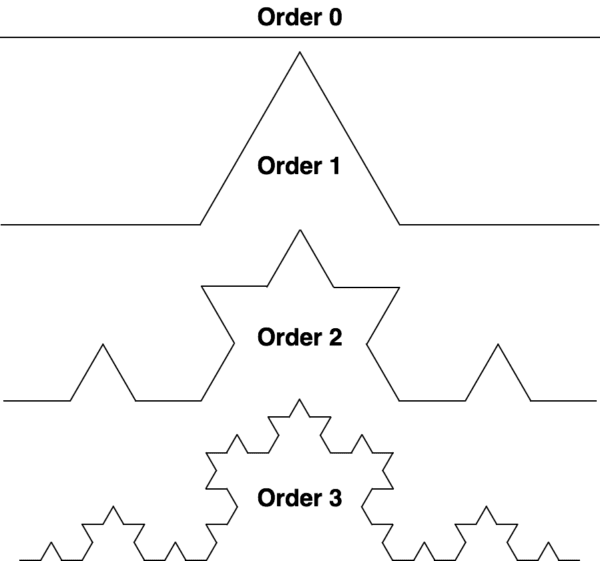 As you draw fractals in this lesson, you may want to get a picture of your Finch’s movement. You could attach a marker to the Finch, but it is hard to get a good picture of your fractal that way. Instead, attach a CR2302 battery to a small LED and tape it to the Finch so that the LED is directly over the right wheel (the wheel that is stationary during turns). 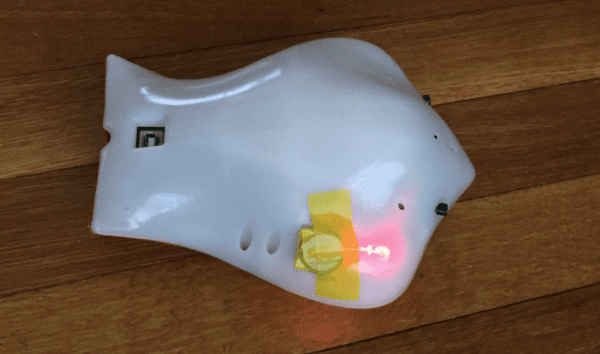 Now you can use a long exposure photograph follow the “light trail” of the LED as the Finch moves. The pictures here were taken with the Slow Shutter Cam app, but other methods of taking long exposure photographs can also be used (LongExpo is a free app). You will need to make sure that the camera is very still during the exposure, so a tripod is a good idea if you have access to one. 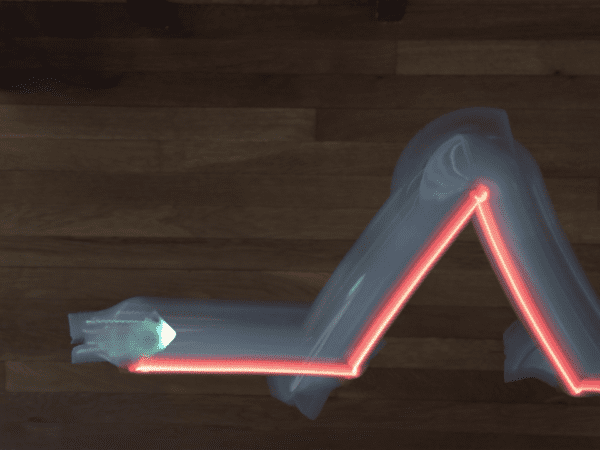 If you have attached an LED to your Finch, use a long-exposure photograph to check the angles that the Finch turns when you use your methods from Exercise 1. Make sure these functions are as accurate as possible so that you will get nice pictures of your fractals.

In the description of Koch fractals above, we started with order 0 and then worked our way up to larger orders. To draw a fractal with your Finch, you will actually need to do the opposite. You will start with some number n, and you will want to draw a Koch fractal with that order. Luckily, there is an algorithm for this! We will use the algorithm given in How to Think Like a Computer Scientist: Learning with Python 3 by Wentworth, Elkner, Downey, and Meyers. The steps below can be used to draw a Koch fractal of order n:

You are going to use this algorithm to write a program that uses the Finch to draw a Koch fractal given the order (greater than or equal to 0) and size. For the Finch, the length of a line is roughly proportional to the time that the wheels move, so you can assume that the “size” of the fractal is a time period in milliseconds.

When the order is not 0, your method will need to call itself (recursion!). If the parameters of drawFractal() are order and time, what parameters should you use in the recursive calls to drawFractal()? Remember, you are implementing the algorithm given above Exercise 3. Fill in the blanks below.

Now implement your plan from Exercise 4!

When your program is working, take some time to make long-exposure photographs of your fractals! 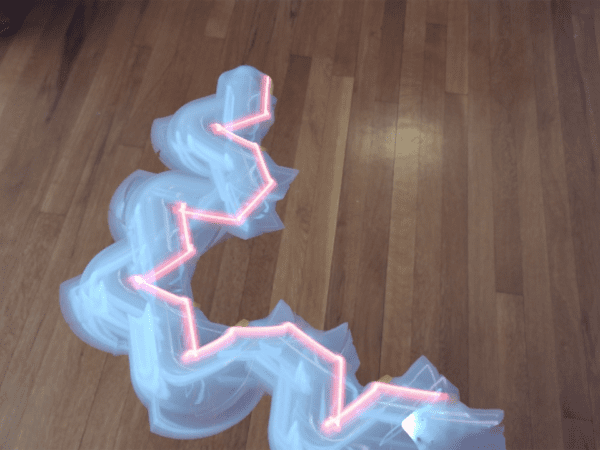 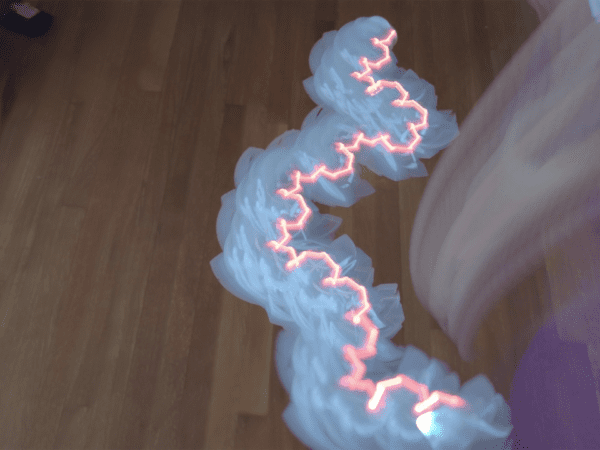