Scratch and Snap! enable students to create physical devices with the Hummingbird that interact with programs that also display information on the computer screen. Students can be challenged to create their own video game, complete with controller! One example is shown here, but students will come up with many other creative ideas.

This game uses a controller that consists of two Hummingbird rotary knobs. One knob controls the vertical movement of the cat sprite, and one controls the horizontal movement. 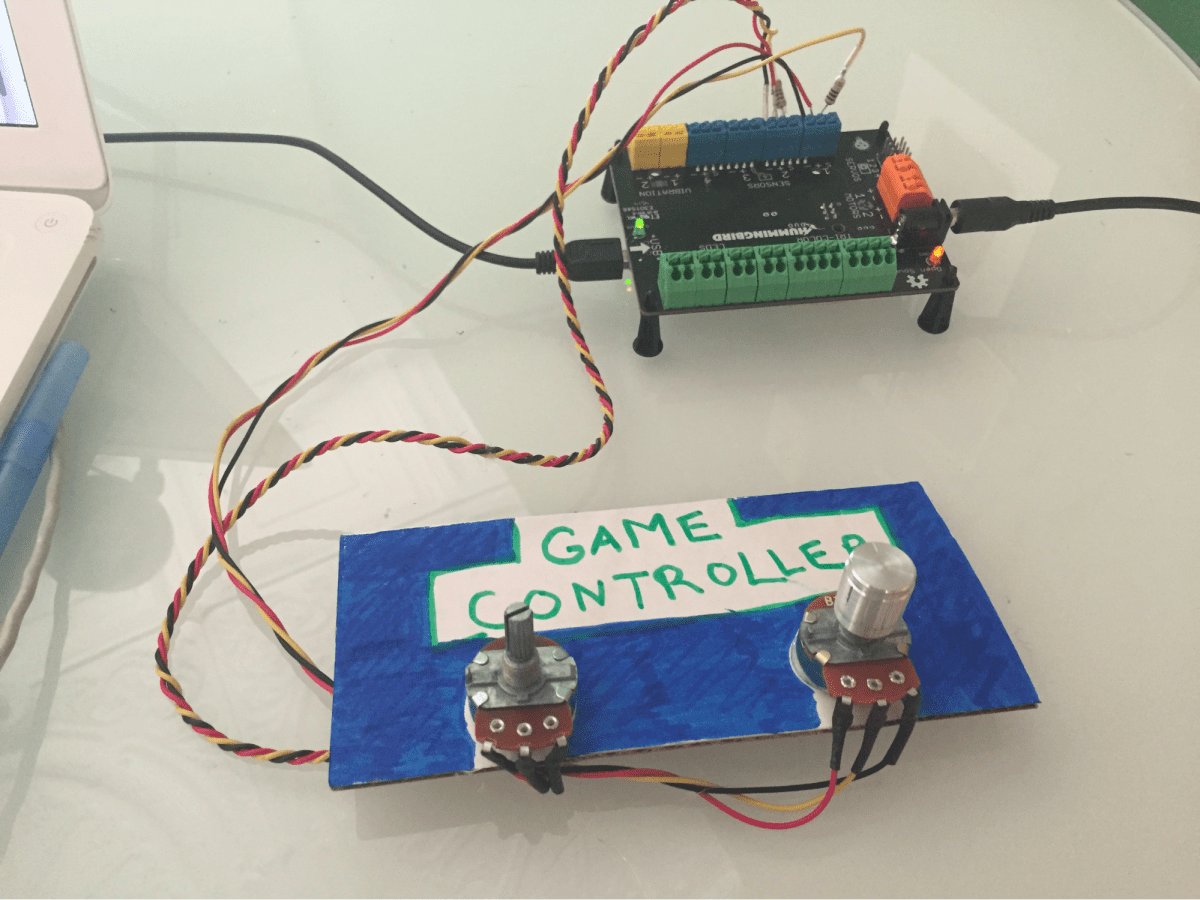 At the start of the game, the mouse appears in a random position. The play must use the rotary knobs to move the cat to touch the mouse. When this happens, the player scores a point, and the mouse moves randomly to a new position. If the user scores 20 points within 30 s, he or she wins the game. 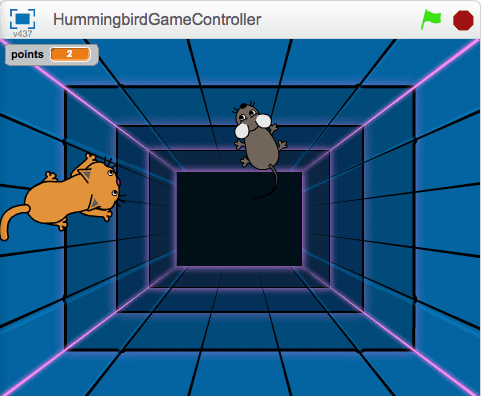 This project could be extended to add more features to the controller! For example, LEDs on the controller could flash when the user scores a point. A student could also incorporate another sprite as the “villain.” Collisions with the villain could cause the player to lose points. Vibration motors could even be added to the controller to provide force feedback when a player gains or loses points.